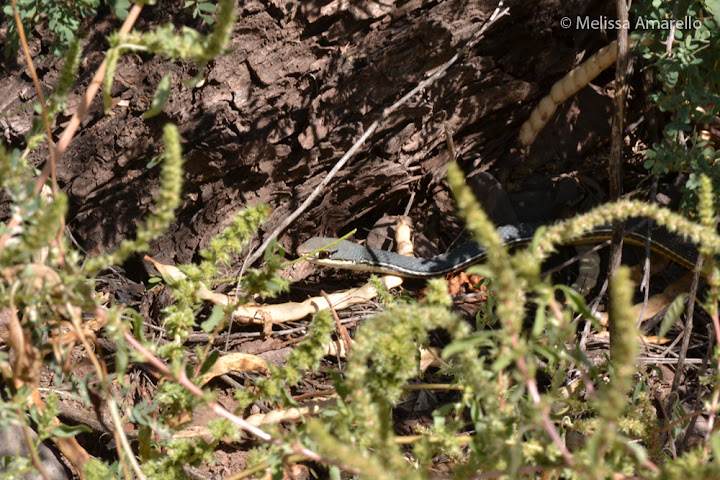 Our first week of tracking was pretty uneventful.  We release snakes as soon as possible after their transmitter implantation surgery so that they can recover in their habitat. So typically the first week or so is pretty slow; the snakes lay low while recovering and don’t make big movements.

Henry, our largest western diamond-backed rattlesnake, headed straight for the hot springs.  Throughout the history of Hooker Hot Springs, people have come here for the healing properties of the springs.  Was Henry also seeking magical healing?  Probably not.  Rattlesnakes often hunt near pools, and it is more likely that Henry was trying to get a meal. 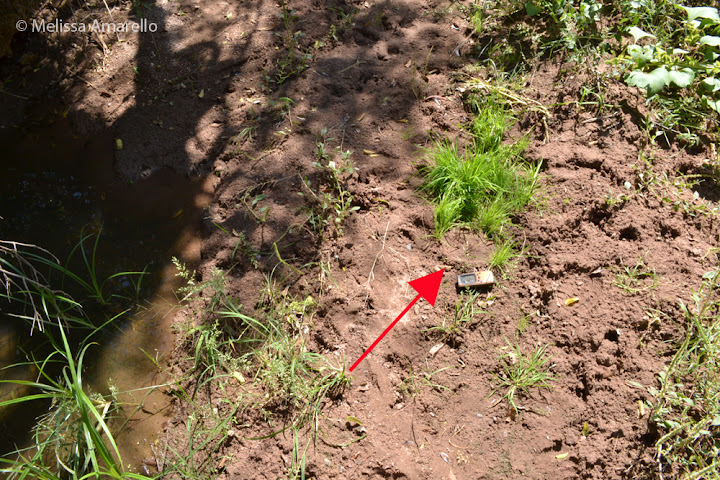 This photo was taken the day after we tracked Henry at this spot. The red arrow points to the crater Henry left in the mud.

Our other western diamond-backed, Stuart, found a fantastic log to rest beneath on the weedy hillside adjacent to the casitas. He was closer to the casitas than most guests here would like to know! 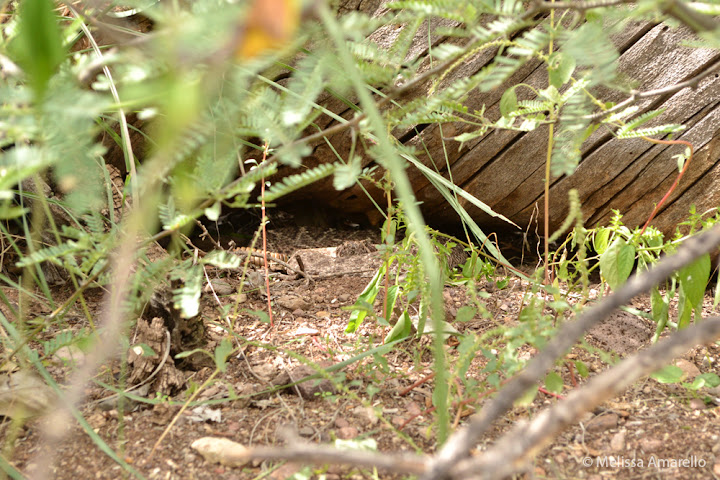 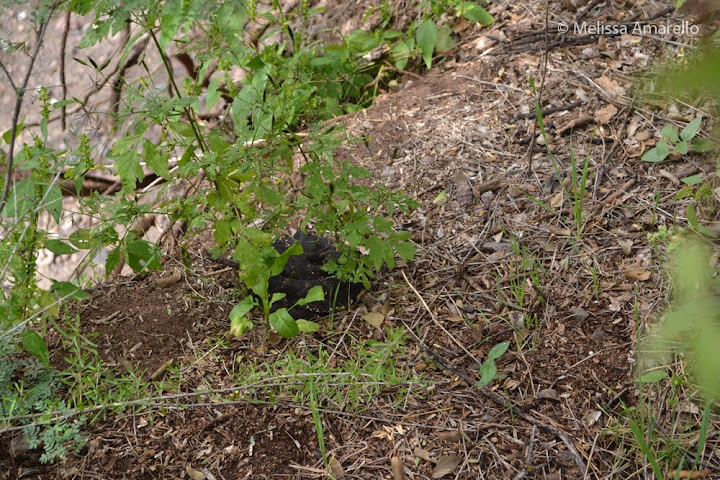 Barney made a short movement to a pile of branches piled up by this summer’s floods and stayed here for a couple days. 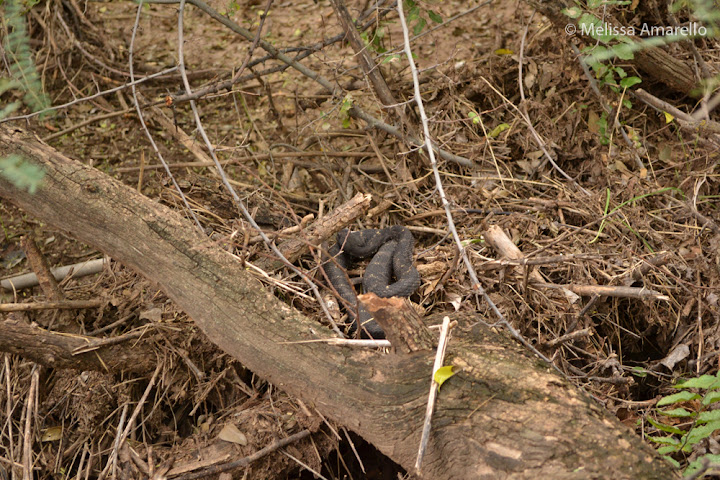 Glendy crossed the road but remained in the mesquite forest where he was originally found.

Jaydin, our black-tailed rattlesnake, was on the move.  He was first seen under a downed log adjacent to Hot Springs Wash, then moved into a huge debris pile upstream. 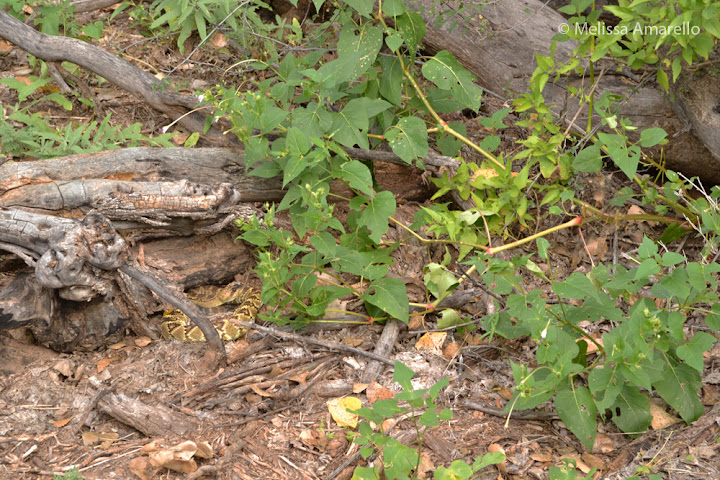 Quiet so far, but as the active season comes to a close, the snakes are on the move and a bit harder to keep up with…