Mohave Greens are notorious for being the nastiest and deadliest snakes in the West. But is the reputation of the Mohave rattlesnake (Crotalus scutulatus) deserved? Click on the myths to learn the facts about Mohave rattlesnakes.

The definitive way to identify a Mohave rattlesnake: they have fewer, larger scales between their eyes than other rattlesnakes.

Myth: There are rattlesnakes, and then there are Mohave Greens.

Fact: Mohave rattlesnakes are no more dangerous than any of the nearly 50 species of rattlesnake. Mohave greens are just Mohave rattlesnakes with a greenish tint, and are no more toxic or aggressive than any other Mohave. The name is colloquial, and is often mis-applied to other species, such as black-tailed and western diamond-backed rattlesnakes. Numerous genetic studies show that Mohaves are most closely related to the Prairie and Western Rattlesnakes, Crotalus viridis and Crotalus oreganus, respectively.3

A safer way to identify: Mohaves generally have more white between the black band on their tails.

Tail of a western diamondback rattlesnake.

Myth: Mohave Rattlesnakes were unknown until just a few decades ago.

Fact: Like other rattlesnakes, Mohaves have been evolving for millions of years. Genetic evidence strongly suggests that Mohave Rattlesnakes diverged from an ancestor shared with Crotalus viridis and Crotalus oreganus before those lineages separated from one another between 26.4 and 3.9 million years ago.3

The myth that Mohave Rattlesnakes have no scientific history and no “type specimen” (the preserved animal used for the original description of a species) has been fueled by an error in a publication in 1900,4 causing Laurence Klauber to correctly point out in 1956 that the type specimen designated for Crotalus scutulatus was not the correct species.5 That confusion has recently and conclusively been resolved: the type specimen for Crotalus scutulatus resides in the preserved collection of the Academy of Natural Sciences of Philadelphia as specimen number ANSP 7069.6

Fact: Like other rattlesnakes, the venom of Mohaves is incredibly complex and variable. Many Mohaves produce a potent neurotoxin called Mojave toxin but lack the tissue-destroying components found in many other rattlesnake venoms. However, some Mohaves produce a venom that destroys tissue but lacks Mojave toxin and others produce venom with both components. This was first carefully described, including a map, in 1991.7 A more recent study further describes variation in Mohave Rattlesnake venom in southern Arizona.8

Myth: Mohaves are the most deadly rattlesnake.

The deadly reputation of Mohave rattlesnakes is traceable to venom studies in the lab, where their venom routinely ranks as one of the most lethal to mice. Such studies do not always translate well to humans.

Myth: There is no treatment for Mohave bites.

Fact: Mohave rattlesnake bites are treatable with the same antivenom and procedure used for other rattlesnakes. Both antivenoms available in US hospitals neutralize Mojave toxin.

Myth: Mohave rattlesnakes are aggressive, and will attack and chase people.

Fact: Rattlesnakes want nothing to do with people and Mohaves are no different. A large Mohave might weigh two pounds. Now imagine confronting an animal 50-100 times more massive than you. Would you attack? Of course not! You’d be scared to death. First you might try to hide, but if that didn’t work, you might try to look and act as big and dangerous as possible. Only as a last resort would you fight — probably kicking, scratching, and biting to get away. Rattlesnakes are no different… except they cannot kick or scratch.

Most snakebites happen to people who handle or try to kill a snake. The rest are due to people putting their hands and feet where they can’t see or don’t look. Watching where you place your hands and feet and leaving rattlesnakes alone would prevent virtually all rattlesnake bites. 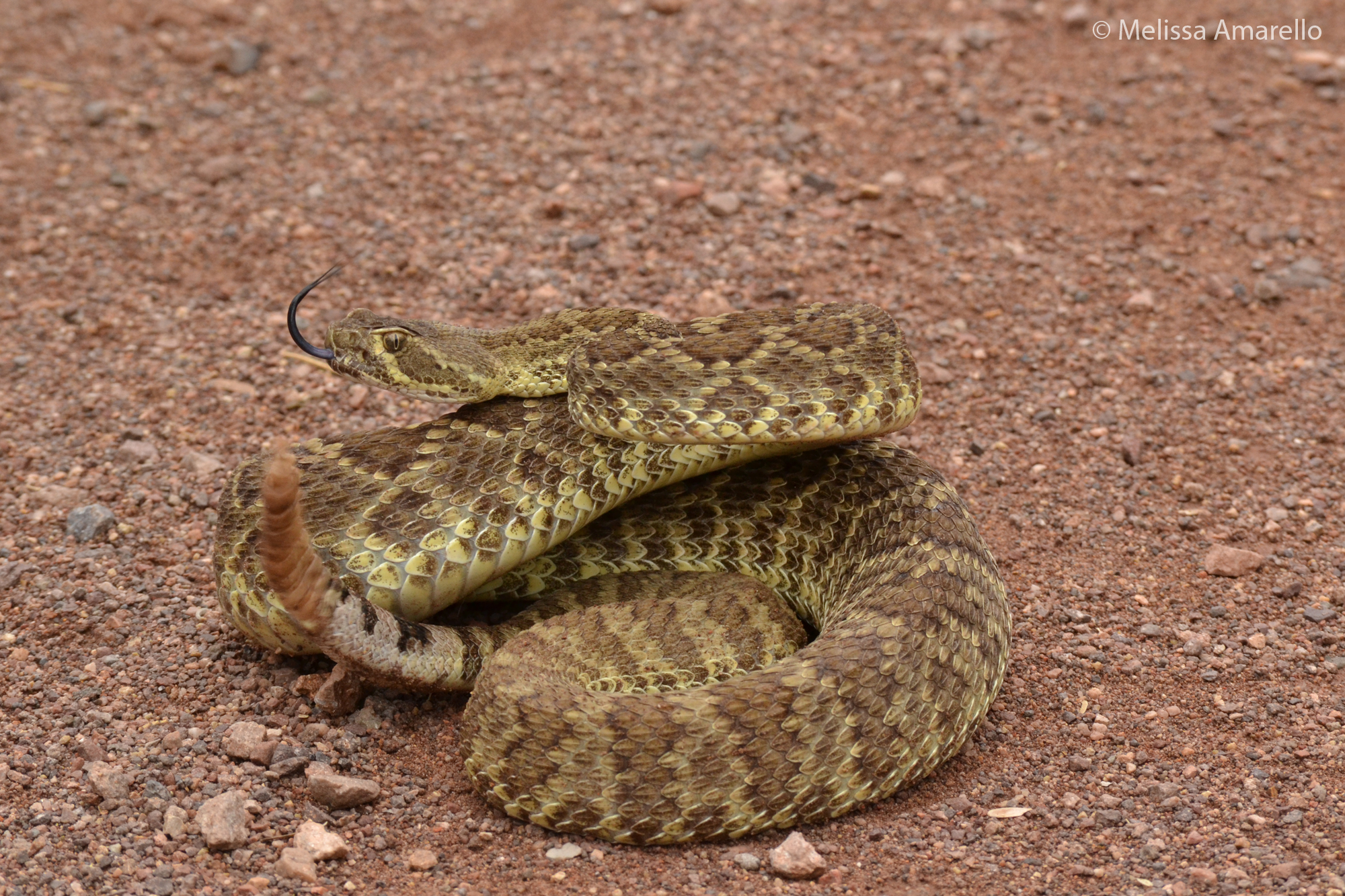 How most people picture Mohave rattlesnakes, rattling and in a defensive posture. 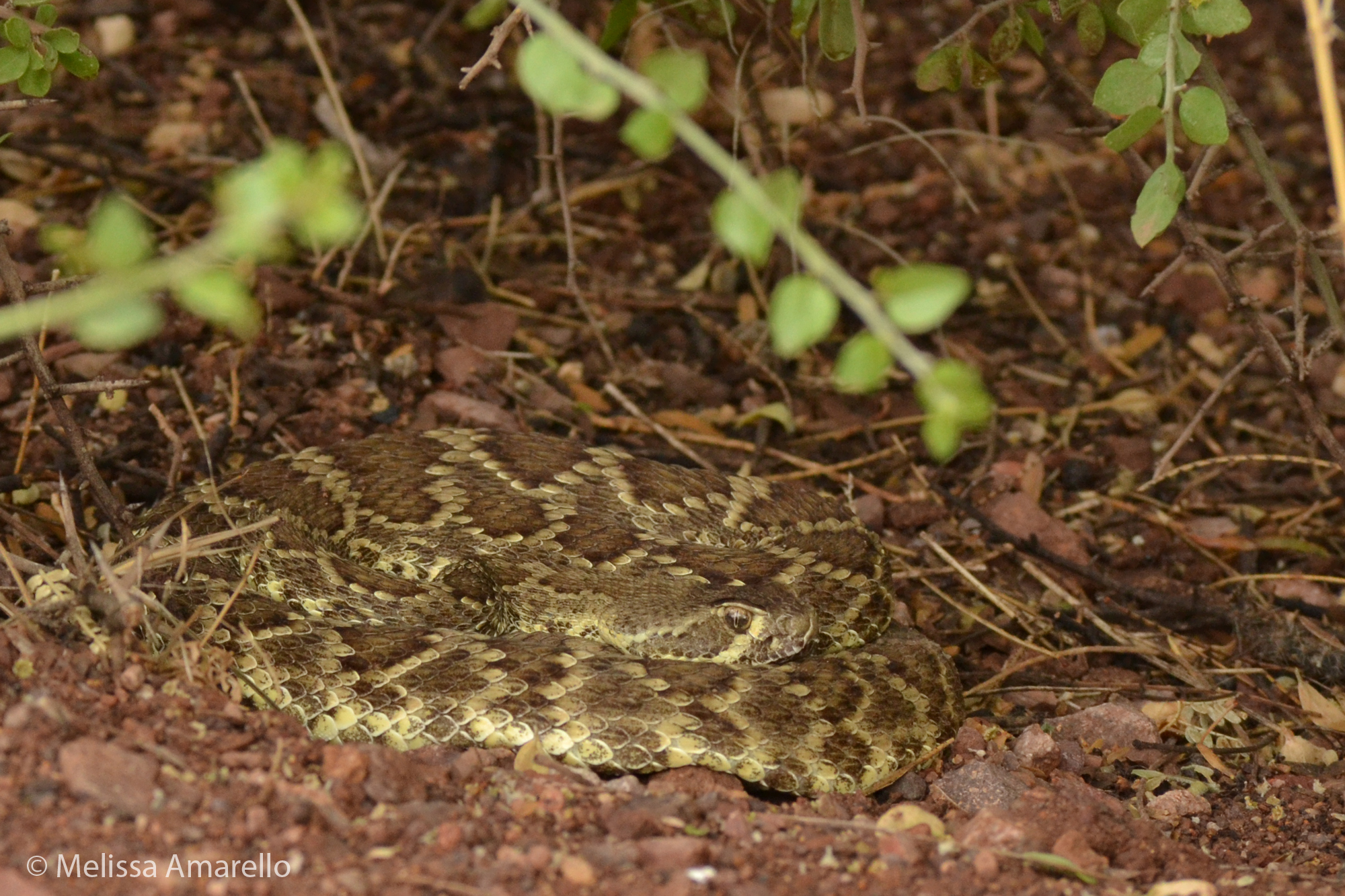 This is how we actually encountered that individual Mohave; peacefully resting under a bush until we scared him by pulling him out into the open for pictures (shame on us).

In our thousands of encounters with Mohaves and other rattlesnakes, we’ve never observed an attack and have found rattlesnakes to be rather timid creatures. We’ve seen snakes appear to chase or attack in two situations: a mother protecting her babies or a snake trying to escape to shelter behind us. These days, everyone has a video camera in their pocket… yet we still await video proof of an unprovoked rattlesnake attack!

Myth: Mohave rattlesnakes are expanding their range in New Mexico.

Fact: There are only a few isolated populations in southern New Mexico. None of the Mohave rattlesnake sightings outside these areas in New Mexico have been confirmed, so if you have a photo or video of one — please share it!

Did we miss any myths or questions you have about Mohaves? Let us know.