I’ve always thought of October as the end of the snake season. Snakes settle into their dens and we check on them less frequently because they are no longer making long movements. But, if you ignore snakes over the winter, you’ll miss out on some really cool behavior, like this:
A poor quality video of rattlesnakes drinking snow during the long, dry winter of 2005-2006.

Regardless, October is certainly NOT the end of the snake season at Muleshoe Ranch. At the spot where four days ago I watched Jaydin (male black-tailed rattlesnake) cruise along the hill for an hour, I turned on my telemetry equipment… and… heard nothing. So I headed up hill and yep, there it was. I could just hear a faint beep, indicating that Jaydin was very far away and/or there was treacherous terrain between us. So I headed off in the direction of the sound, downhill, uphill, downhill, and then up again. Here’s what that lovely hike looked like:

Not pictured here are the shin dagger, mesquite, acacia, and cacti that cover these hills.

As I was unprepared for this hike, by the time I found Jaydin I was exhausted, but how can you be mad at this pretty face? 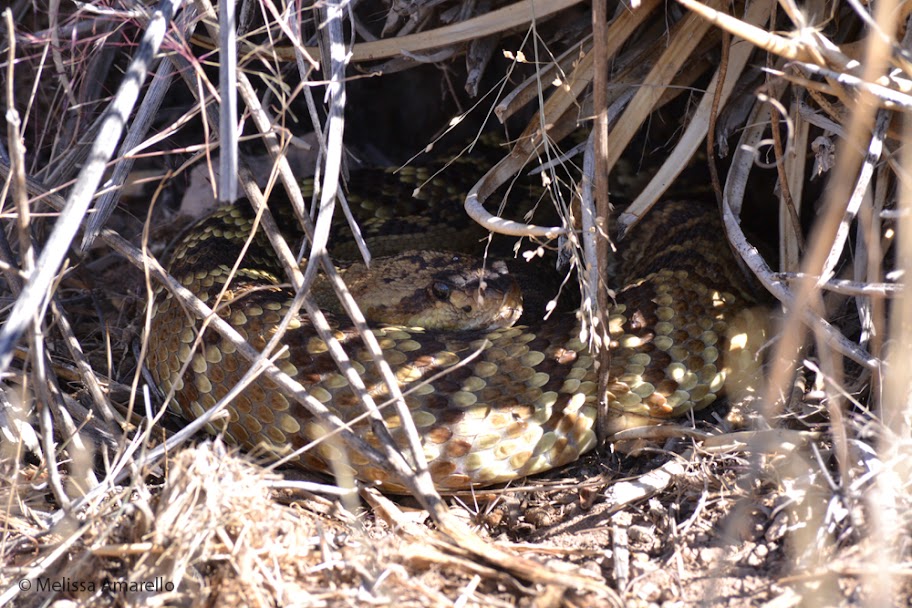 After this big move, Jaydin stayed put for a little while. Weird!?! Not really, if you click on the above photo to view the full size image, you can see that his body is extended.  Jaydin got himself a meal, which has slowed down his progress to wherever he’s heading. More fun with Jaydin next month!

Jaydin’s former neighbor Boyett (male Arizona black rattlesnake) skirted along the hillside to face Hot Springs Wash and settled in the scrub there. 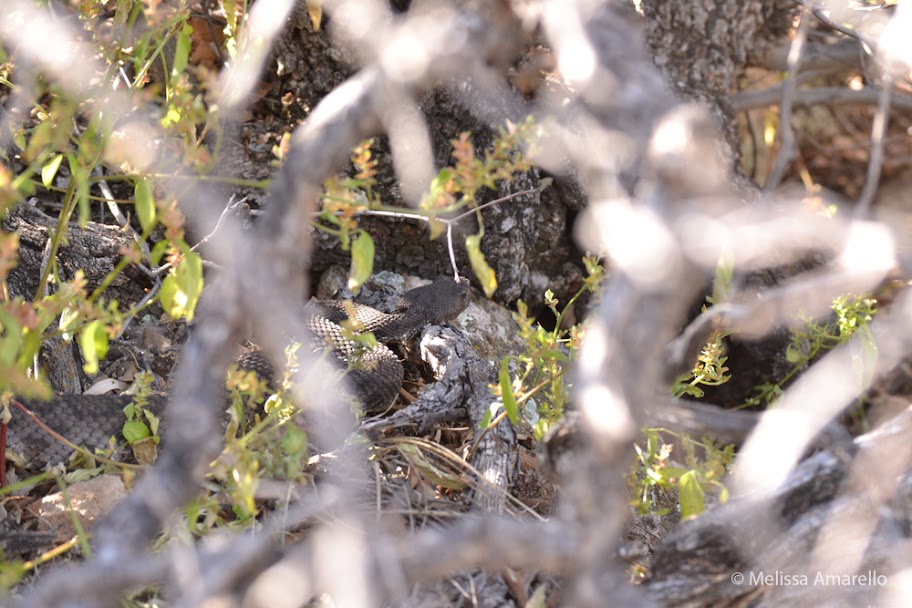 Glendy crossed the road (again). He stayed in the mesquite forest between the road and the ranch for a few days before crossing the wash and settling into an amaranth patch. Because this spot is pretty close to our house, we checked on Glendy often over the next few days. He appeared to be trying to get a last meal in before going into his den. 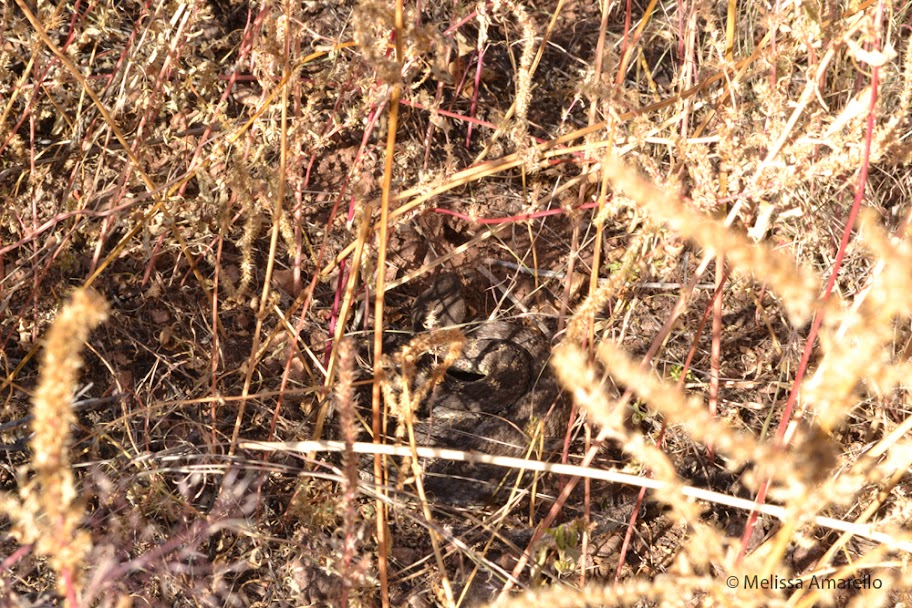 As we guessed, Chris had arrived at his den last time. From the boulder where we last tracked him, he went uphill into the talus and settled near some vegetation. While this spot certainly looks like it could house many rattlesnakes, we will likely have to wait until spring to find out if Chris has neighbors (we haven’t been able to see Chris since he entered the talus).

Henry (male western diamond-backed rattlesnake) spent a few more days at the twin lakes before moving up on the hill above. He bounced around to several spots before settling into a hole at the base of a yucca.

Stuart (male western diamond-backed rattlesnake) was trying to compete with Jaydin for being the biggest pain. He moved from his spot near the horse corrals (S04 on the map below) up onto the hill above (S05), not far from Henry. Then he moved to the north side of the hill above what we call Juniper Wash (S06). He stayed here all of one day before moving to the opposite side of the hill, into a patch of yucca (S07). 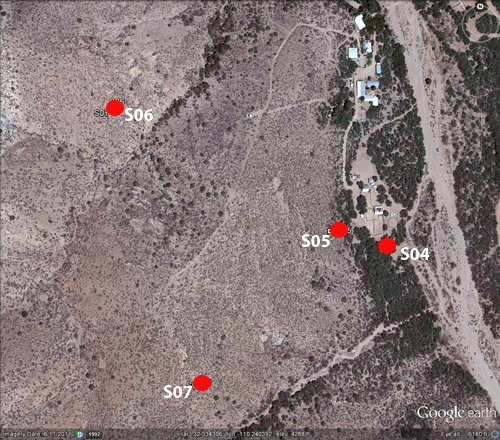 On a somewhat sad note, we lost a snake this month. Barney, our other male Arizona black rattlesnake, was last seen on the side of road mid-October. We haven’t been able to get his signal since. We have had trouble tracking him since the beginning as there is loud interference at the same frequency as his radio transmitter. So he probably isn’t dead, he just finally moved far enough away that we can’t hear him over the interference noise.  We’ll keep looking for him and expect to see him on the ranch next summer, if not sooner.