Each summer, a friend of ours is visited by a male Arizona black rattlesnake whom she calls Red. Red spends much of the active season hunting near bird baths and feeders (or, in Arizona, ‘snake feeders’), patiently coiled and awaiting an inattentive or distracted bird.

Usually Red turns up in late May, but with summer coming on and no sign of him, our friend was getting worried that a forest fire had been his end.

Just a week ago, our friend notified us of Red’s arrival. And he’s back in grand style!

Rattlesnakes are not known for their climbing abilities, but check out Red: 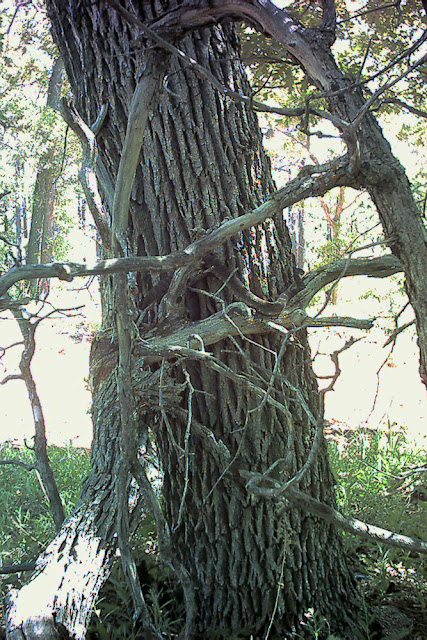 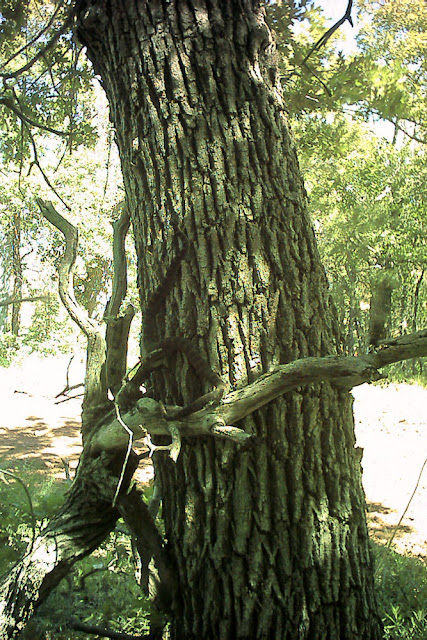 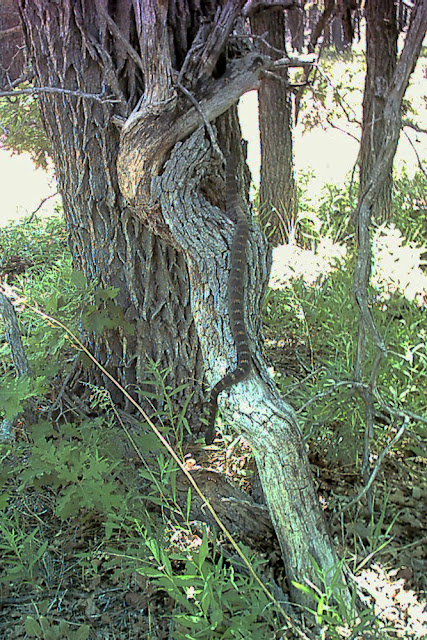 Red tops out on stretch of bare trunk (left) and starts back down (right). 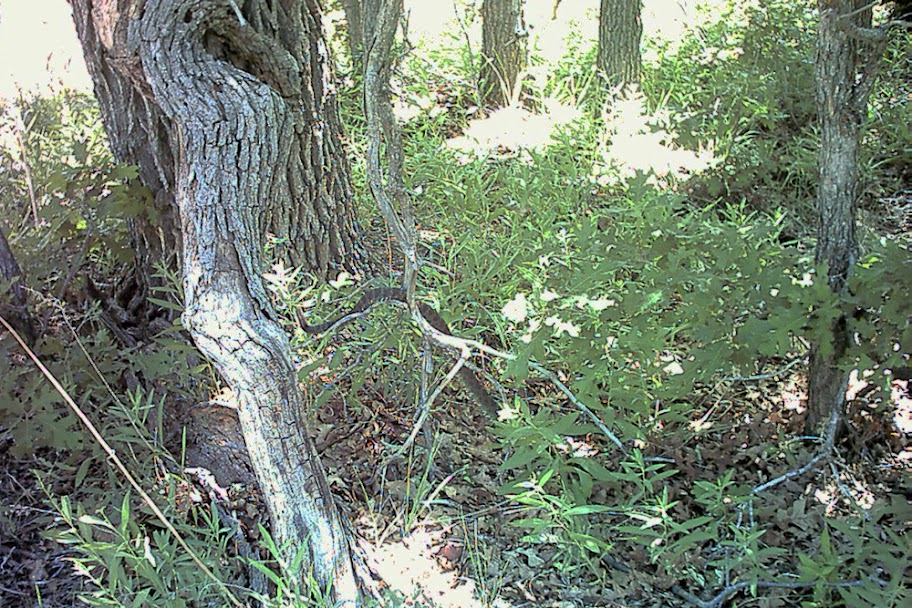 Red slips safely off the tree.

Red gets up on some easy limbs, but you can see in the third picture that he has no way to get up the vertical trunk of the oak.

Why is Red climbing? Is he hunting? Rattlesnakes are classified as ambush hunters, meaning that they find a promising spot (as determined by scent and possibly, as in the case of an elevated bird bath, by sight) and sit and wait for their prey to come to them. Less often will rattlesnakes forage actively, i.e., crawl around looking for prey to eat. He may very well be after a meal up there!

While our friend hasn’t seen any evidence of birds nesting in that tree, she has seen chipmunks using a hole near the top, so they may be nesting inside. Perhaps Red sensed the chipmunks and was trying to get them. If that is the case he is quite ambitious: 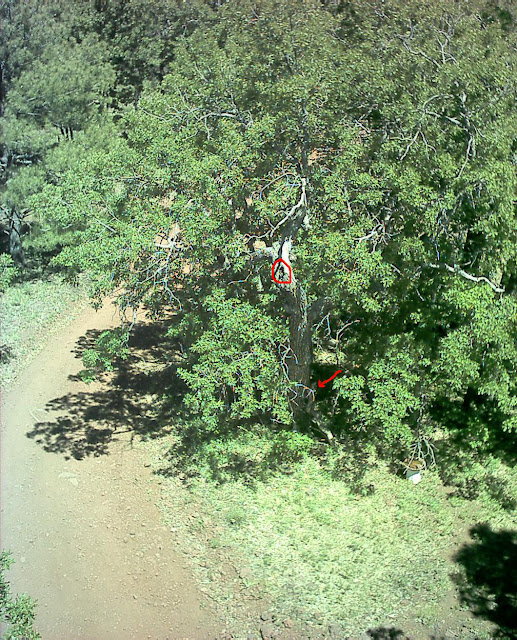 The red arrow points to the spot where Red climbed into the tree. The red circle shows the possible chipmunk nest.

Our friend was impressed by Red’s grace off the ground. Although we have never seen an Arizona black rattlesnake climb higher that a downed log to hunt, we think, if a ladder of limbs permitted, Red would have gone all the way up.

Thanks to our friend for sharing the story and photos, and to Red for amazing us!